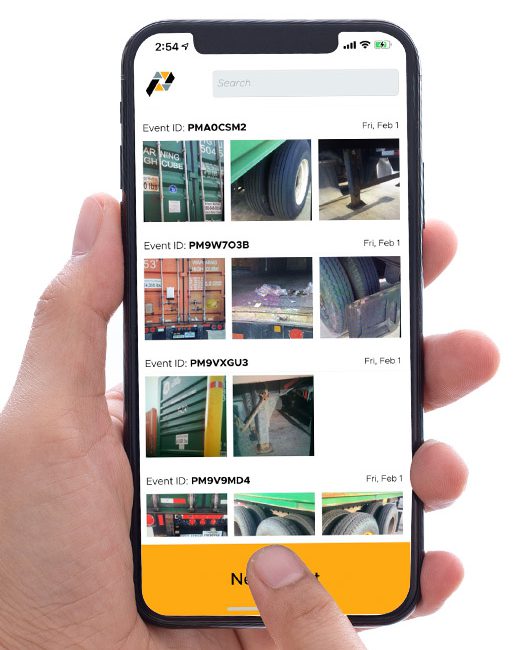 It’s a common challenge that plays out every day in TLS—but there didn’t used to be an elegant solution for solving it. It goes something like this…

“Marco” from “Midwest Importers” receives a 40’ container, shipped from overseas, at his warehouse. During unloading, his dock foreman notices damage to 2 pallets, so Marco calls “Jill” at his forwarding company to report it.

Until recently, Marco had only 2 options:

Jill, too, used to have only 2 options:

For both shipper and customer, none of those options solves what has become a $1.8 billion industry quandary: Who’s responsible for damages inherent in complex transactions of shipping, interchanges and intermodal activity when the recipient typically doesn’t know how they were caused?

This used to be like asking, “How high is up?” But now there’s a definitive third solution.

After learning about the damage, Jill opens the Photector web dashboard and types in Marco’s information. She:

Then she sends an Event Request to Marco.

Even though he’s not a Photector account holder, Marco receives a text message on his phone to document the damages he sees. He…

Within minutes, Jill receives the documentation back in her Photector dashboard. It contains a unique ID number, date, start and the end time, and total time that it took Marco to capture this even, Marco’s latitude and longitude when he took the pictures, which helps confirm that it was Marco submitting the event.

Besides the 12 images of the damage, Jill also has instant access to Marco’s bill of lading. She can zoom in and out to see more detail. (In the future if she wants to share the bill of lading, she can look it up easily via Photector’s OCR functionality, then share it to any email address.)

Behind the scenes, Photector has stored this Event Request in the Blockchain. In the now unlikely chance that this claim escalates, both parties have photographic evidence that holds up in a court of law. No more emotion. No more “he said, she said” games.  Just a professional way to conduct your shipping business.

Find out how Photector can protect you by scheduling a demo today and then try Photector with a Free Test Drive!